Built and designed by Dom Allen, with music programmed by Julian Gaskell, artwork by Thomas Sharpe, and a live performance by Tom and Julian.  The Anthropic Organ was commissioned by Glastonbury Festival, with additional support from The Camden Roundhouse, and FEAST Cornwall. It is a contemporary and Heath Robinson-esque reinterpretation of a traditional fairground organ, complete with a full rank of MIDI controlled organ pipes, aprox 20 mechanical drums, and inbuilt lighting. It was conceived to run as an interactive mechanical juke box, and as the integral part of a variety of street theatre style performances.

The Anthropic Organ appeared at Glastonbury Festivall, Penryn Arts Festival, and Fascinate Conference.  More recently it has been playing the extreme sub-genres of metal, and the music of Sun-Ra and pieces of it are rumoured to exist in various workshops and skips around Penryn. 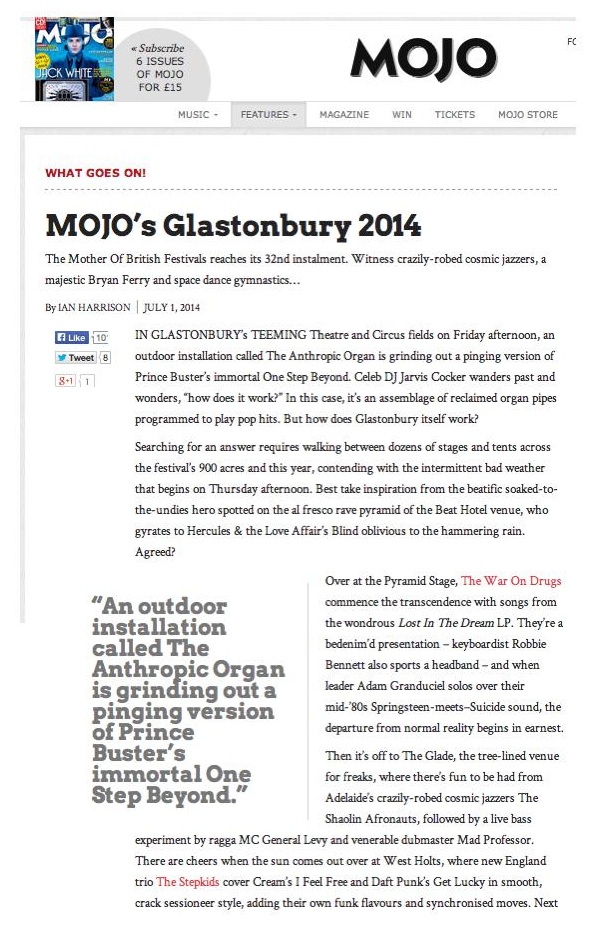 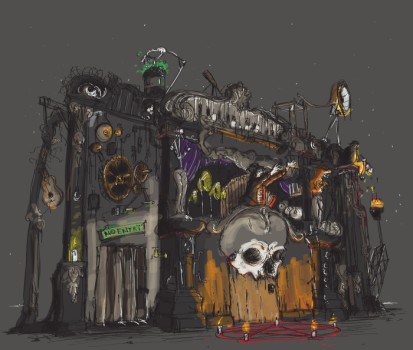 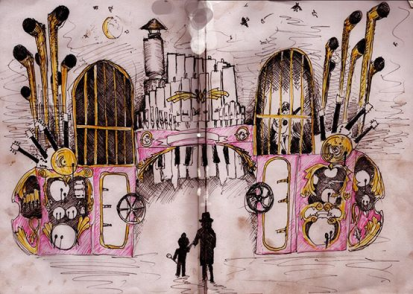 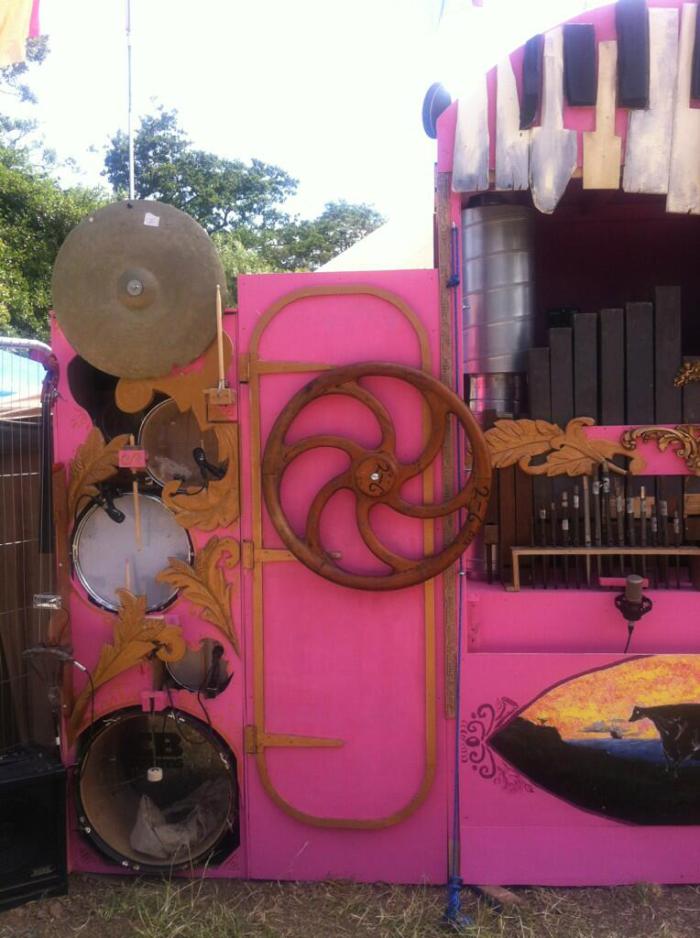 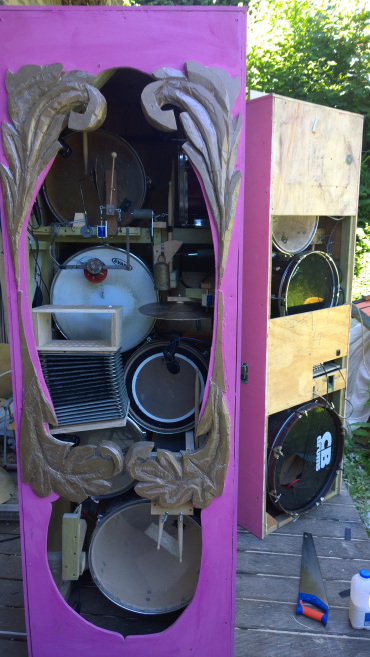 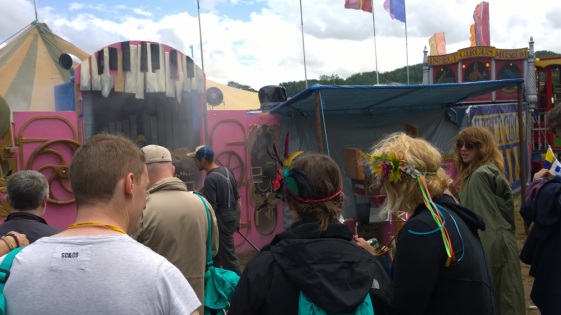 View all posts by Julian