Julian Gaskell’s musical path has been a long and rambling one, leading down as many cul-de-sacs as open highways, but along the way he has formed a unique and original musical vision.  A wild, unhinged vocalist and a master of guitar, piano and accordion with a sophisticated approach to songwriting and production, Gaskell’s work takes in a vast panorama of influences from Medway to musette but has a clearly focused style which is entirely his own.

Based in Falmouth, Julian started making music on a Casio VL-tone in Seaford in 1982 and moved to Manchester in the 90’s, where he worked as a producer, DJ, roadie and frontman/guitarist with bands including Icons of Poundland, Loafer and  Indigo Jones.  After the final Icons gig at Glastonbury 2004,  Julian continued south-west to Cornwall, where he re-invented himself as an accordion-toting king of the agricultural garage-gypsy sound with his screaming dukes of skiffle, the “Ragged Trousered Philanthropists”.  He disappeared occasionally to travel europe as accordionist with a street theatre troupe, taking the opportunity to study the arts of manouche guitar, klezmer accordion, and stride piano, resurfacing every few years with a newly recorded missive from his Falmouth lair, and playing gigs using various aliases at wilfully obscure locations around the UK.

The 2020 lockdown forced a break from shouting to be heard above the Cornish rugby songs, rambling wedding speeches and naked stage invasions, allowing Julian to focus on writing and recording a set of introspective songs dealing in love and loss, revealing layers of musical and lyrical sophistication previously unknown to all but the keenest of followers of his 30 year career.   Recorded with erstwhile Ragged Trousered Philanthropists Thomas Sharpe (upright bass) and Cally Gibson (violin, viola), the resulting album ‘Out of the Trees’ (to be released on 16th October 2020) is a distilled personal vision of what a 21st century middle-aged-singer-songwriter album could sound like, mixing some tasty classic folk-rock influences with complex and awkward ideas from traditional European music and jazz.

“such originality, intelligence and appeal that the ability to hear seems like a privilege”  9/10 -Vive le Rock

“he really is an original- declamatory, vulpine vocals ranting and roaring his splendidly acrid, protestful lyrics over a glorious, urgent ramshackle garage blend of Balkan-Klezmerisms and French gypsy cafebilly” – fRoots (albums of the month)

“Your imagination has to provide the gypsy dancing girls, the rum, and the candlelight but Gaskell does the rest.” – Bright Young Folk 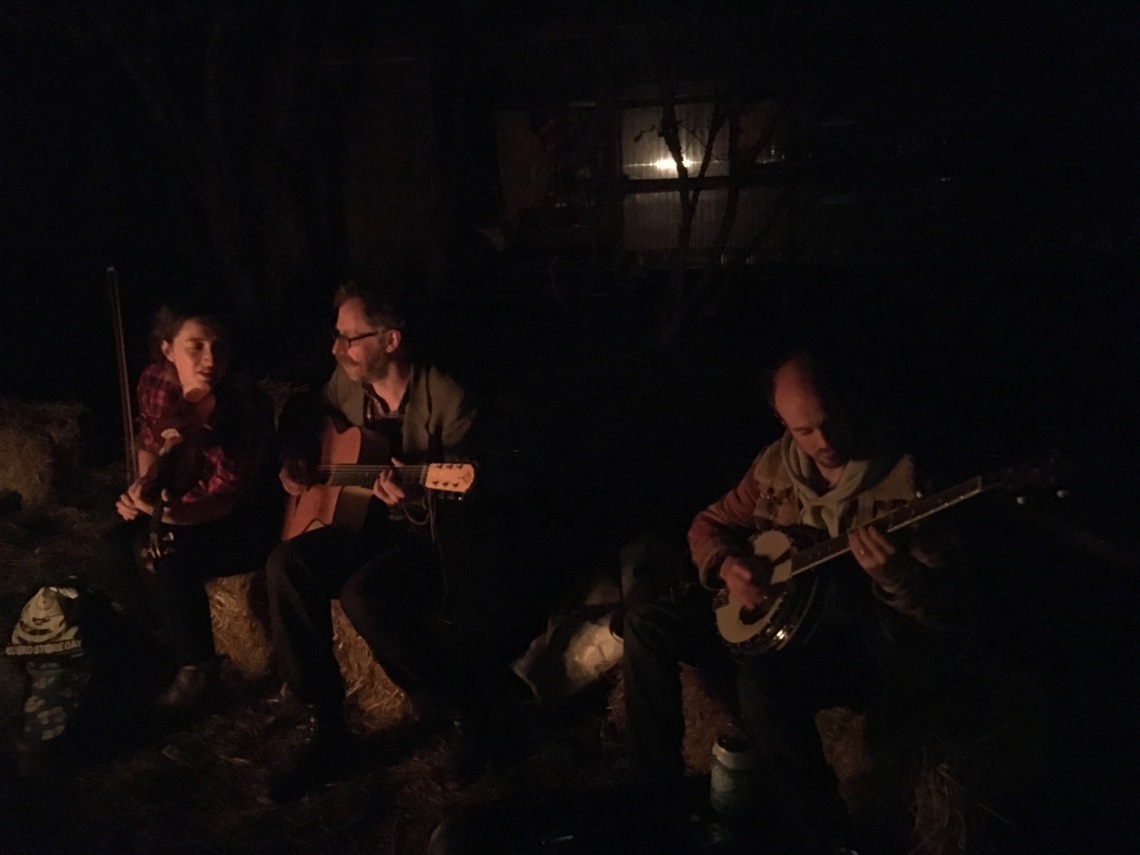